Originally from Guadalajara, Mexico, Enrique Aldana immigrated to New York State when his mother remarried. He was five when he arrived and was enrolled in kindergarten without speaking English. Bullied in school, his haven was watching shows like Sesame Street, Mr. Rogers, and The Electric Company on PBS. He credits the shows with helping him learn American culture and the language. At 12, the family relocated to Tucson, Arizona, where he graduated from Amphitheater High School and began a career.

His then-girlfriend-now-wife encouraged him to continue his education. At age 28, Aldana enrolled in the Eller School of Business at The University of Arizona—earning his degree in three years and becoming a sales manager at Tucson Newspapers, Inc. Life was good, but it was going to get better.

Aldana had two daughters by now, and his wife, Katie, volunteered at their school. As fate would have it, their daughter’s teacher was married to Jack Gibson, CEO of Arizona Public Media, Tucson’s PBS station and NPR radio licensed through The University of Arizona. He took a chance and asked for an introduction to Jack as a resource for job opportunities. The meeting paid off: Aldana received an offer to join the very organization that gave him comfort as a child. Today he is the senior director of development at Arizona Public Media and won the Association for Fundraising Professionals "Outstanding Fundraising Executive" for 2021.

“I grew up watching public media; it gave me a strong foundation to succeed. I get to pay it forward for people who want to continue to learn or have children who need a safe place to watch quality educational television,” he says. 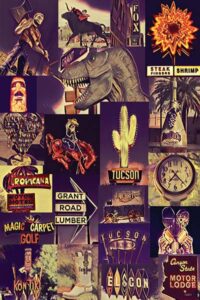 Some of Aldana's Favorite Things 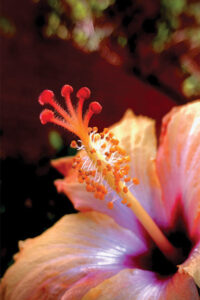 Not only does Aldana connect to his community through public media, but he also creates notecards. At his daughter Sophie’s encouragement, he started Yours Truly Notecards, marrying his passion for photography with the city he loves. Many of his notecards feature the Tucson landscape and the charm of the Southwest.

“People don’t realize that The University of Arizona has a beautiful botanical garden open to the public. It’s a hidden gem where you can walk around campus enjoying hundreds of species of plants,” says Aldana.

“This is a great place to spend time with family and have a picnic. You’ll feel like you aren’t in Tucson anymore it’s so green,” he says.

He also says to explore Mt. Lemmon, an hour from Tucson. The peak of Mt. Lemmon is the highest in the Santa Catalina Mountains at 9,171 feet. The temperature there averages 30° cooler than in the valley, offering a respite from the desert heat, complete with tall trees, brooks, and streams. Hikers, rock climbers, campers, cyclists, and skiers flock here.

“Tucson is a UNESCO City of Gastronomy, so there is no shortage of delicious food here,” says Aldana.

His favorite restaurants include The Little One and Boca Tacos y Tequila. The Little One is a Tucson staple and has been around since the 80s, serving healthy and authentic Mexican food for breakfast and lunch in a little space in downtown Tucson. Boca Tacos offers authentic Sonoran Mexican cuisine developed by the founder, owner, and award-winning executive chef, Maria Mazon.

“The Little One is tiny, quaint, loud, colorful, and delicious. I never order the same thing twice. Bring cash here, and be prepared to get a hug with your dish,” says Aldana. “At Boca Tacos each of Maria Mazon’s salsas taste unique and imaginative. The flavors she creates are a taste explosion in your mouth. You must try them all.”

Of all the places to get great food in Tucson, the ultimate for Aldana is not a restaurant at all but a food truck. For more than 25 years, El Manantial Tacos Y Hotdogs has served Tucson from the corner of 36th Street and Park Avenue.

“I’ve been eating their burritos, hot dogs wrapped in bacon, and quesadillas for at least 20 years. I even had them cater my 50th birthday party; they pulled right up in my front yard,” he says.